To Be or Not To Be Self-Published

So I’m sitting here thinking in circles and decided it might be more productive to get my thoughts out about this.

I’m becoming increasingly convinced that I’ll need to self-publish my Obsidian Divide series if I ever want it to be out in the world. I’ve received about 22 form rejections from agents so far, and queried over double that; I imagine I won’t hear from them because of the non-response model.

As far as I understand, because there’s no constructive feedback, this means I need to redo my query. It’s not capturing the imagination. But I’m being honest, while staying away from critical self moping at the same time, I don’t think the query is the problem.

I think my manuscript is too off and simultaneously not unique enough for traditional publishing (at least how publishing stands right now). Despite endless hours on TVTropes and having been a fantasy-romance reader for my whole life, I don’t understand the tropes enough to break them cleverly. Or at least when I wrote this I didn’t. The book is big and complicated; it’s basically got three plots that take up a lot of room, each interesting in their own right but it’s a lot of paper. There’s nothing snappy about it as a selling point… or I just don’t know how to tease out those points, either way.

I’d like to think it steadily pulls you under, weaving a spell and sinking into hearts that resonate with what I’m saying. It grows on you. Maybe like mold.

BUT ANYWAY. Further strikes against it: the manuscript is set in Galicia, Spain, and publishing wants are leaning away from Western-setting fantasy right now (which is completely legitimate), and while I think my book is cool in a post-dystopian greenpunk kind of way, I don’t think it’s a strong enough element. It’s too young/angsty to nicely fit into adult fantasy, but too long for YA and it’s not a coming of age story. And the worst strike of all: it’s not a standalone. It completes its arc, but it definitely sets up for more. If I’m being honest I’m not entirely sure how the series will actually end. It could go a bunch of ways, and conceivably for years. But publishing is a risk-averse industry, and buying a series from a debut author is definitely in the risky category.

I know my book is good. For people who like what I like. For as much as I can make it. And that’s the problem; I want a partner in this industry who will push me so I can continue to grow, and in order for that to happen, they have to care about what I’m writing. And likes are subjective. It’s possible I just haven’t found the right agent that it clicks with—but the next step is selling the book, and publishing is still risk-averse and finicky.

So. Where does this leave me.

There’s abandoning it for writing another book, but then what the hell was all this work for? Sure, yes, I learned a lot. But I already did the abandon-the-first-book-I-ever-wrote thing (did y’all know I have a YA dragon shifter series gathering dust somewhere? Anyway). Besides, I’m already working on writing another book; it’s really a question of focusing a majority of my energy on Book Two or something that’s more of a standalone.

There’s always rewrite this manuscript… again. But I’ve been working on this book for almost 10 freaking years (though the first several not seriously) and I don’t want to do it again. And anyway, I like what it is now.

Which brings me back to self-publishing. An intimidating idea that is slowly growing on me, though I need to get over the “self publishing is giving up” idea. I’m a needy person who wants feedback and to be recognized. Striking out on my own without that strains the self confidence.

I figure, there are three big real factors to this decision:

As for getting the book into its best form, hiring editors is fairly straightforward and will just mean time researching the right ones and money on my part. Do-able.

Somewhere between that and getting the book in front of people means hiring a book cover designer and, more broadly, probably a website/brand redesign to get my author brand to a strong, recognizable place because I’ve got a million stories inside of me and my career is not just one book. Again, research and money, doable.

Getting the book in front of people… well. I’ve been consuming information on book marketing for years, so I’ve got an idea on where to start. It’s something that I’d need to do for traditional publishing anyway. Contact reviewers. Build a newsletter list. Grow my social media following. Find my fans and help them do their thing.

It’s just a lot. Depression and ADHD like to pull me into a hole or the fog a lot. That doesn’t exactly work with being consistent and keeping a strong presence. I don’t want it all to live or die based on me (back to that partner thing I was talking about); I don’t want my writing career to be forced to depend on my erratic brain. Ha.

If I’m being honest, I have another hangup about shouting into the void. There’s this lingering sense of bUT I WanT To BE SpeCIAL that I cannot seem to beat into submission. But I’ll probably never quite get rid of that. If I’m clever I can redirect that energy into finding the right people who will enjoy my books.

Anyway, this has been cathartic. I know what I need to do, I’m just grumbling my way through the rest of my reservations. I told myself I would “Tolkein-goal” myself before I switched gears (Tolkein-goal: he had 86 rejections before publishing, so I’ll wait until I get 86 before I move on), but it’s beginning to feel tiresome and a waste to send queries when it’s unlikely I’ll get specific feedback and I’m pretty sure I know the real issue.

Plus, I was willing to give up control in a lot of things (as you do for traditional publishing) as far as cover design, marketing, trajectory of the books, etc—but I have so many ideas, it would amazing to have control over it all.

I’ve just got to gather the courage and confidence to do this on my own and weather the bad times.

NOTE: I’m actually about to leave on a three-week trip hiking through Spain with my mom. It’s apparently quite the soul searching adventure for people who have been on the Camino de Santiago before. (Additionally, I will end up where my fantasy city in The Obsidian Divide series is located which I am so stoked about.) I’ll write a post about it when I get back, and hey, maybe it’ll be the thing I need to trust myself enough to get all this off the ground! 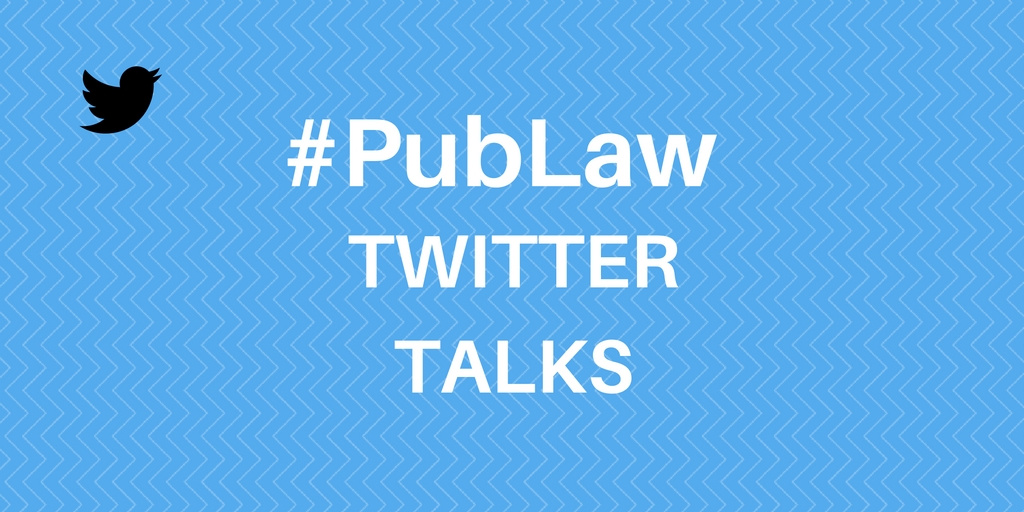 Twitter is a marvelous thing, and holds many opportunities for us writers. Whether it’s connection with fellow writers, support, or reaching a broader audience, it’s a great resource for writers of all walks of life.

I particularly like the ‘talks’ that are held to spread knowledge and general writer love all throughout the online writing community. One of my recent favorites happens to be the #PubLaw twitter talks. #PubLaw was started by Susan Spann, a mystery writer and publishing attorney — which means she specializes in that scary, scary contract thing. She tweets about everything from short-form contracts to information about small publishers to the law surrounding pseudonyms.

She says she started the #PubLaw hashtag to fill the void in Twitter’s writing community. Information about contracts and publishing law can be a little thin, and are questions best answered by an attorney — a role she fits well, or obvious reasons. And now she generously spends time hosting talks to educate the Twitter-writer sphere about publishing and contracts, one subject at a time.

She also writes about publishing law more in-depth on her blog, which has a wealth of additional information.

I’m sure you’ve heard about scams and writers getting hurt because they didn’t completely understand their contract. We all think this won’t happen to us, but educating yourself can go a long way to keeping you safe (second to getting an agent or lawyer, of course).

All of which means you should check out Susan Spann and #PubLaw. Don’t be the next cautionary tale.

What resources do you use to help navigate publishing? And what are your stories of dealing with publishing contracts?

Here is an interesting post on accepting representation etiquette that we all should probably be aware of: A Longer Quiz! (part one)

Leave a comment   |  tags: agent, author, etiquette, publishing, traditional publishing, writer, writing | posted in Advice for Writers, The Interesting and Informative, by Others